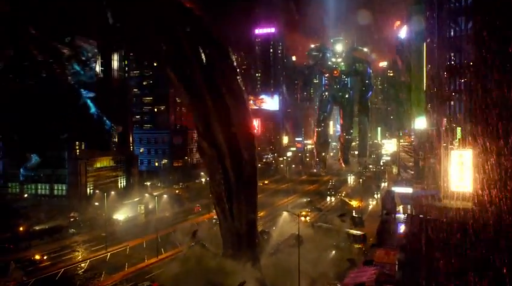 It’s not a fight until your giant robot starts cracking kaiju over the the head with a CARGO SHIP.

How come THIS wasn’t the any of the theatrical trailers we’ve seen for your film as of yet?  And that final shot of the footage almost made me downright giddy.  I’m really excited for this summer’s series of films you guys.

This was originally intended for only WonderCon, but after listening to so many of you asking for more of the movie online, I think it’s time for me to show you more footage. Enjoy, my friends! 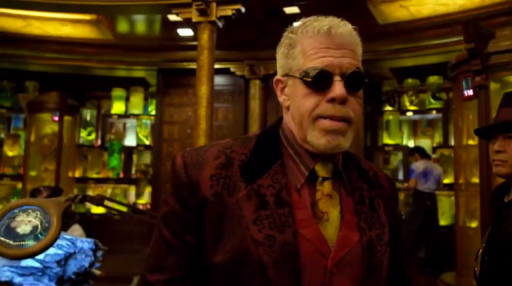 Kudos for Guillermo del Toro for finding an excuse to fit Ron Perlman into one of his films. Those two can never go wrong with each other.